Each character receives 33 points to spend on increasing their basic attributes. In this method, all attributes start at a base of 7. A character can increase an individual score by spending some of their points. No score can be reduced below 7 or raised above 18 at level 1.

Please fill out the Adventure Request form below.

Requested Dates: Anytime in the next two weeks, Except Tuesdays

Goal: To further explore the caverns discovered there. 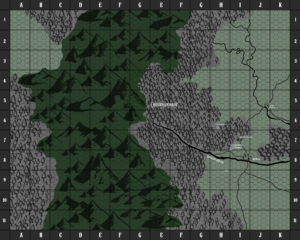 A league is approximately 3 miles, roughly the distance a person can walk in an hour. Distances are not strict in SagaBorn. Hiking times and travel depend very much on the character and land, but a league is a good unit to use as a general distance. Maps during this time are often inaccurate as well, so the GM can lengthen or shorten travel times to work with the story.

An adventurer gains back 1d6 hp + thier CON bonus after 8 hours of rest. Rest is not just sleep, but also the down time after adventuring, hiking, or other activities. Cooking, sitting, and meditating all count as resting.

It was during the reign of the Warlock King in which the story of Aeric and Iyana took place. Though it was dark in these times, they found a strength and love in each other that held them together through the tumultuous challenges ahead.

During the middle of the third age of Uteria, the eastern lands were ruled by two kingdoms, that of Uthgard and Aradan. Along the northern borders of Aradan there was a small duchy ruled by Duke Aekris Dernhaim. This small province was often plagued by the roaming creatures of the wilder lands to the north. Also during this time the first patrols of Uthgard probed the boundaries of its kingdom and the soldiers of Dernhaim often found themselves chasing patrols of dark clad scouts from the forests and plains. In the area, the land was worn and not as prosperous as that of the south, but the inhabitants made due, tilling they soil and producing enough.

The mind of Duke Aekris was troubled by his northern border, often sending his son with riders to patrol this savage land. The Duke’s son, Aeric, was of a different blood than his father. His father was stern and short with those around him, often judging situations by the surface, while he was quiet and thoughtful. His father spent his time engrossed in the affairs of his duchy and holding audience with his officials. While Aeric held his station with honor, he did not wish to become a ruler, nor did he enjoy the strict rules that came with the ruling class. He often found himself at odds with his father’s views, and often times their communications were no deeper than those Aekris held with his officials. But Aeric was the only child of his parents, so his lot was cast and he was to uphold the honor and loyalty of the duchy. As such, even with the eminent danger he enjoyed the long journeys and patrols in the wild lands.

During the fall of his twenty-forth year he was abroad to the north, spending time alone among the paths where he preferred to be. His father approved of this, thinking his son would find strength and hardiness patrolling the area. It was near dusk, and the last rays of light turned the trees around him a glowing orange when the sound of song caught his attention. It was unlike anything he had heard before, at first thinking it was just the rustling of leaves in a cool breeze. This melody lighted his heart and started a fire within his mind and heart that he must find the source of it. He walked from the path into the darkening wood, thought the twisted vines and roots until he stumbled on the origin of the melody. In the forest ahead, a woman knelt before a small sapling. The tiny trees branches were brown and gnarled, its leaves gone to early in the fall. Her hands touched the earth around it, while she continued to hum the tune. In the twilight of dusk it seemed her hands had a halo of yellow and that the small tree righted itself, its branches becoming a bit less twisted and its few leaves uncurling.

A branch snapped in two under Aeric’s foot and the melody faltered for a moment and she turned to face him her hand on a small sword. Their eyes met and she let her hand fall from the blade. Her eyes were a mixture of the green of spring leaves and the blue of a clear sky. She turned back to her work, and Aeric sat down to the side of her and watched. When she finished her song she wiped her hands on her pants and turned to Aeric with a smile. It was then he noticed her small horns and pointed ears. She was of the faun, a race of people who lived close to the land and viewed themselves as the healers and protectors of the land. No word was spoken, but each looked at each other with half smiles and open eyes.

Among her people she was counted most fair, and was a reminder of the older days when things were young and all was fairer, as if a soft veil of light clothed the world. Her beauty was not ethereal as that of the elves, but more that of the soil and plants of spring, new, strong, and full of life. It was these qualities her people held most high, and she seemed to embody them as if blessed.

The song of Iyana hung in the air and called to Aeric as if by a spell.

It is a sweet longing because it is one that I feel is shared. A longing that the breadth of a continent can not dull. There is the longing of something that we can not attain, or that we wish to attain, and there is a longing for something that you have held in your hands or arms and want to have it near, to grow with it and be strong for it, or have it hold you up when needed.

Acid – Corrosive acids deals 1d6 points of damage per round of exposure except in the case of total immersion (such as into a vat of acid), which deals 10d6 points of damage per round. You can throw a flask of acid as a splash weapon. Treat this attack as a ranged touch attack with a range increment of 10 feet. A direct hit deals 1d6 points of acid damage. Every creature within 5 feet of the point where the acid hits takes 1 point of acid damage from the splash. 10gp

Alchemist Fire – A grenade weapon, it explodes and does 1d6 damage to the target and 2 points of damage to all within 5’. The target is on fire and will continue to take 1d6 damage until they spend 1 action to put themselves out. 12gp

Healing Salve – When the salve is applied over wound, it greatly accelerates the healing process. Heal 1d6. Takes one full round to apply. 25gp

The proper name for Elflings.

This is a very rare metal created from a silver-like ore. It is light but strong, and after being forged can rarely be destroyed. It takes a master smith to even begin to make the most basic items with this metal, and very few can forge it into weapons and armor. Elves and Dwarves, having learned smithing long ago from the gods, are more adept with this metal. It is a satin silver color, but can be polished to a super high gloss.

* Amarnium does not affect spellcasting as iron or steel does. A spellcaster can be touching or carrying amarnium and not be damaged during magic use. Normal armor restrictions do apply.

HP: 30 per inch (armor or weapons made of Amarnium have x2 normal HP)