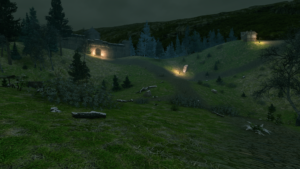 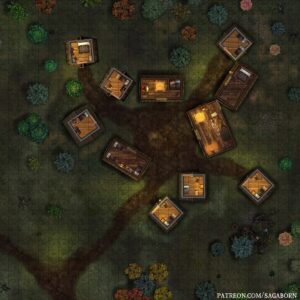 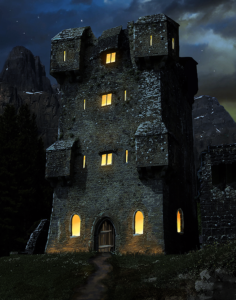 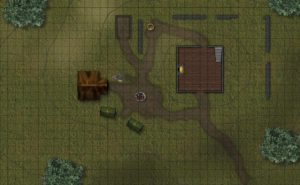 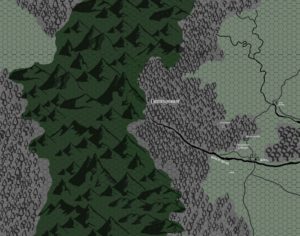 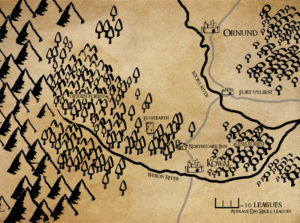 The wood of this inn is old and gray. Small lanterns fill the cramped but cozy hall. All the walls, doors and shelves seem slightly off kilter, but this gives it a homey feel. A long bar along the back wall runs the length of the building. The shelves behind the bar are littered with bottles of all shapes. The rest of the walls have shelves lined with books.

The general store and black smithy

Secton was once just Tower Six, one of the many guard towers along the borders of Kowal. Due to its location on the main road between Kowal and Fort Utliest, a small town sprang up next to it. After the great War and the Uthgard kingdom fell, the tower was no longer manned by soldiers, but the small town continued on.

In current day it is a town in change again. The Uthgard kingdom in its alliance with Kowal, has marked Secton as a place of interest. Uthgard and the Unelesia Church have begun construction on a school for those touched by God and blessed with powers. The Red Dragoons have also started to build a Keep here to fortify the road to the north.

Some of the  old residents are unhappy about this, as they do not wigs to see their town change so much, while others see this expansion as a welcome growth.

Mayor Margery Ellebeth – the elected mayor of the town, Margery has made the Kowal government happy with ridgid tax collections, but has also gained the love of her citizens as she has been very fair and honest with them. She is strict to the rule of law, but has a kind heart and may look the other way if her people need it.

Knight Hurst – the head of the Red Dragoons in Secton. He was appointed by the king to make the town and the school a stronghold for Uthgard.

The innkeeper is a male dwarf named Kjorni. He was once an adventurer, but retired to marry and raise a family. He is married to Margery.

A large wood and stone building, it was once the barracks for the tower. Old shields of Uthgard and Kowal adorn its walls. 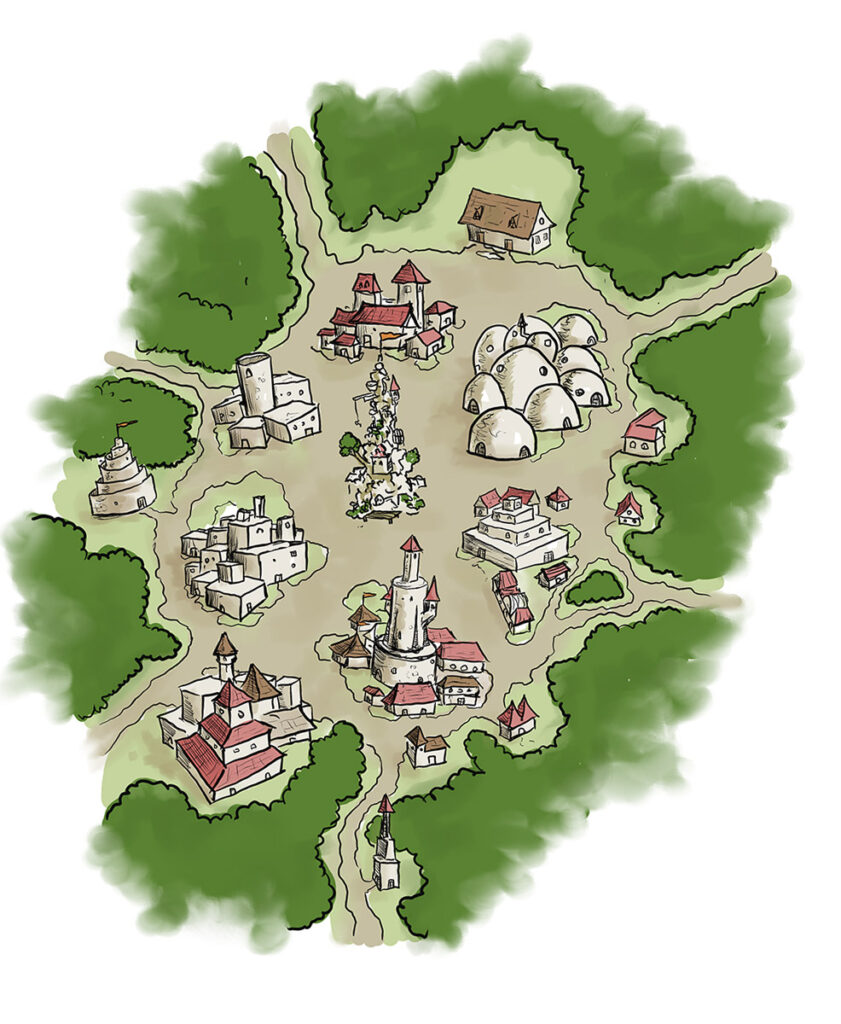 Outside the city of Kowal, there is a settlement of elflings. The elflings have built their buildings among the tall trees here in a mish mosh of styles and sizes. The one unifying thing is every building is decorated with plants and flowers. This creates an enchanting effect as the whole settlement changes with the seasons. In fact its name came from how elflings often referred to it. When asked where they lived, they said “Over there, in the tall garden.”

In the center of town is a project that has been evolving, or “living” as the elflings refer to it for as long as the settlement has existed. It is part community garden, part sculpture. It climbs and meanders up into the sky, almost as tall as the trees that surround it.

Tallgarden’s main export is honey, and people come for miles around to get it. The elflings take all manner of trade and payment for their honey, from gold coin to exotic flower seeds!

Tallgarden is located less than half a days march from Kowal, to the West. 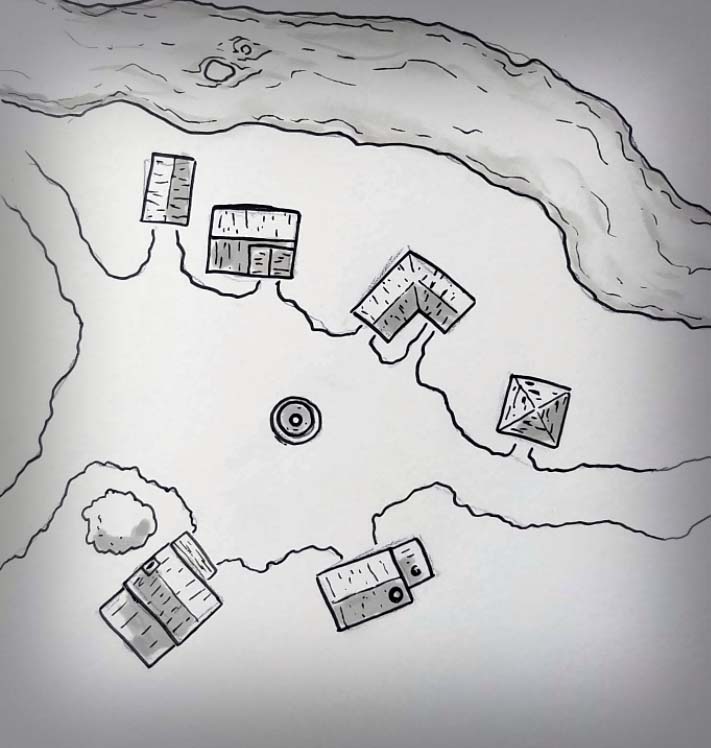 The small village of Yorik is to the northeast of Kowal. It is a close knit community that is distrustful of Duke Zadeku. The village has been protected from sickness and famine by old Miss Hartley. They have a more moderate view of magic due to miss Hartley’s “use” of it.