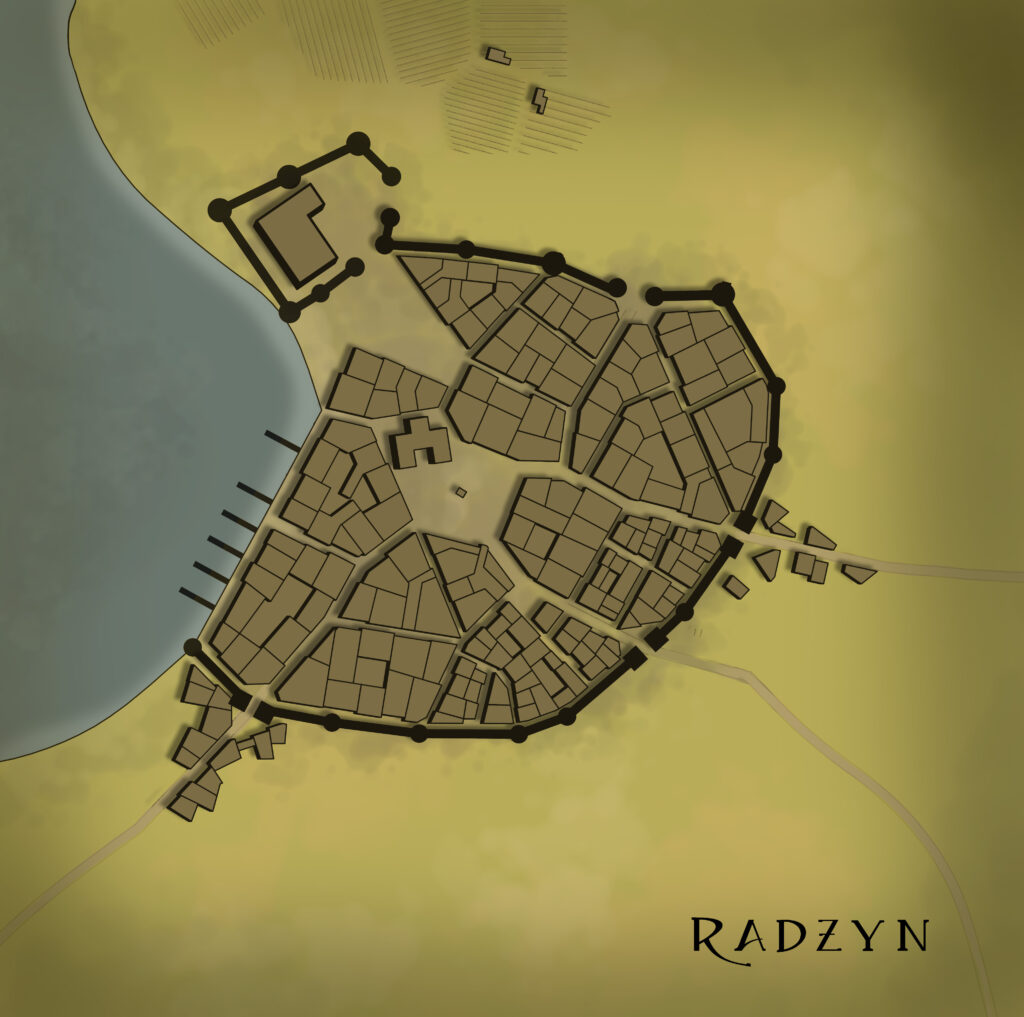 Radzyn is a well off smaller town on the bank of Stal Lake. It is best known for its river ship building and fishing.

Rumors
Magic has made the fishing more plentiful (True – A druid, Thay traveled through and cast bless on the lakes food sources)
The Lord is thinking of cutting taxes (False)

Rumors
The lord has a new mistress (True)
Uthgard has not sent a garrison to the town, but they will (Probably True)
The lord will be unseated by Uthgard (False)

The shipbuilders are wealthy and carry power.
The Sanctuary
Caretaker Eikan

It is odd that Radzyn doesn’t have a Unelesia church, but it has a small sanctuary of the ancient gods.