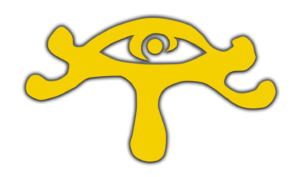 The eye of Tanthu-Ra, and the Symbol of the Najur

The Wizards of Ish, or Najur as they call themselves, keep their secrets close. Once trained they are never allowed to leave the ranks of the Sorcerers. Of all the magic groups, theirs was the most untouched during the Disappearance and their stronghold in the center of Ish remains as it has for over a thousand years. But whatever knowledge they may have, they keep to themselves.

Much like the rest of the Ishian Empire their policies are strict, and death of slavery is a just punishment.

One of the biggest differences between the Wizards of Ish and the majority of other magic using groups, is their use of slaves as power reservoirs for magic. Powerful wizards can have a stable of slaves, blank eyed and pale, who are kept on leashes as a source of power for their magic.

Ishian wizards view themselves as conduits of God, and therefore as priests instead of workers of arcane magics. The wizards of Ish call themselves the Najur, an ancient word for servant. They, like most in the Ishian Empire, worship Tanthu-Ra, a sun deity. This is why all in the priesthood wear yellow robes. 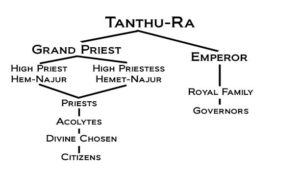