Tarsis was once part of the Aradan kingdom, but after its fall, was adopted into Tiren. The town struggles as very little trade comes through it, and sitting on the edge of the lands ravaged by the Great War has very little safe farmland. 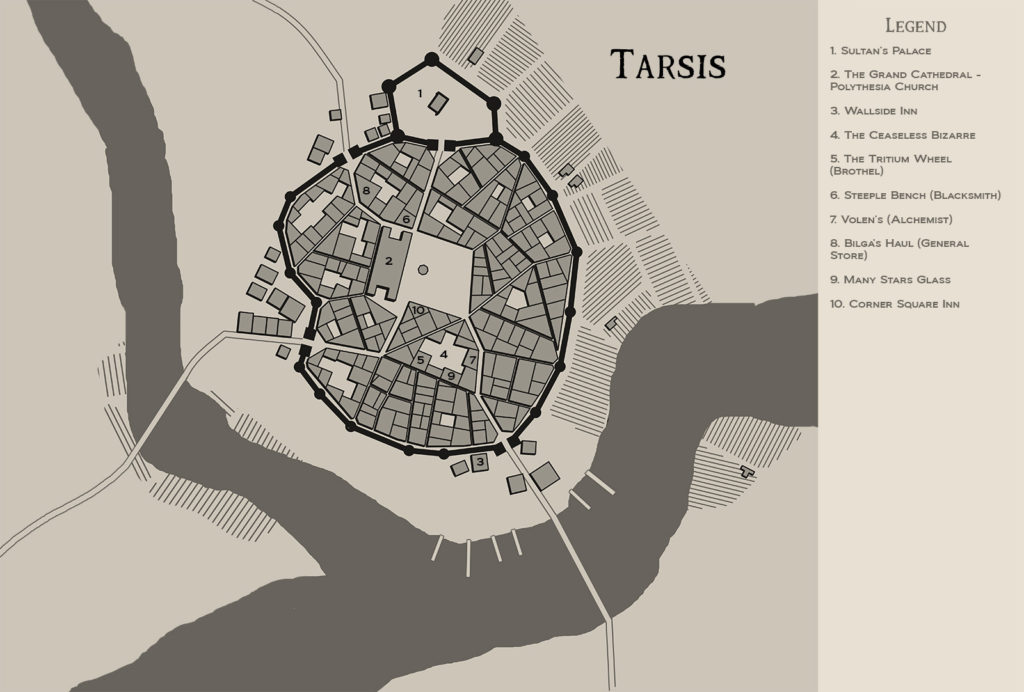 Sultan Tarkan – A fat, lazy, corrupt man. He wants nothing more than to sit in his palace and eat and drink