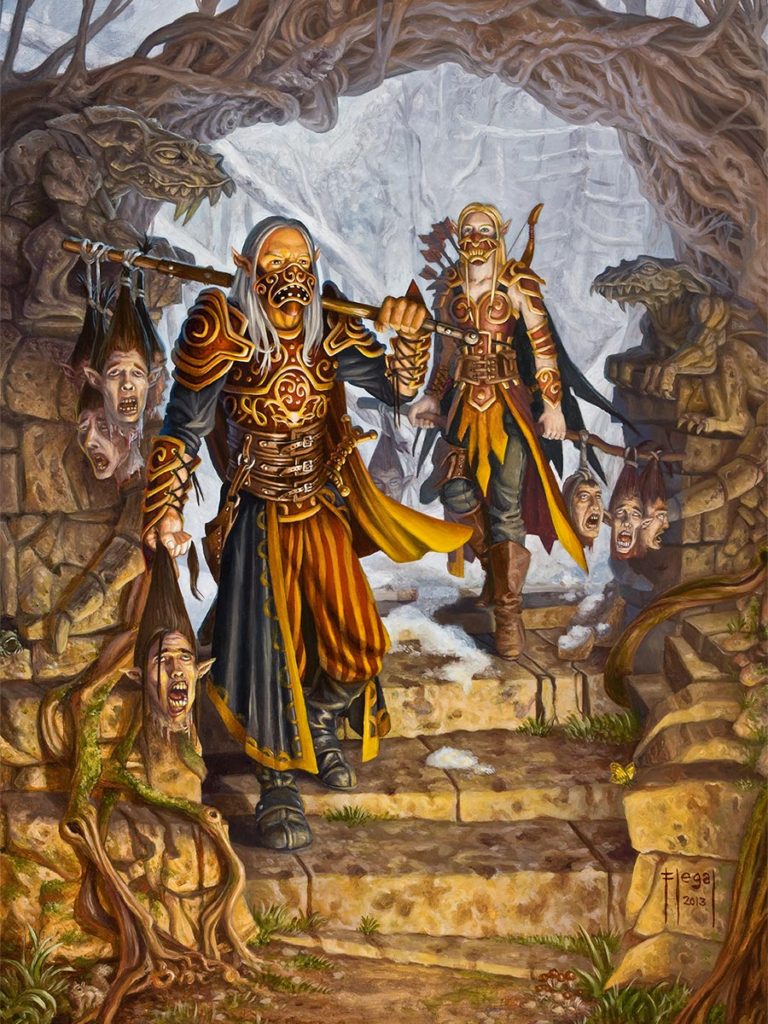 The Evantari consider themselves superior to all other elves, and perhaps to all other living creatures. The Evantari consider themselves the Chosen People—those who were meant to lead the others to their eventual ascension. When the other elven cultures rejected this, they severed ties and took residence high on the Evantyr Plateau, closer to the sun that they so love.

The high elves are entirely disconnected from other cultures. The only stories I’ve found of anyone seeing the Evantari first-hand in recent years are occasional sightings of them traveling on some unknown task, and always from a distance. The men of Mideon, who guard the border forts and keep the dark elves in their banished lands, have said that they occasionally see bands of Evantari traveling North in hunting parties to bring wrath down upon the dark elves.