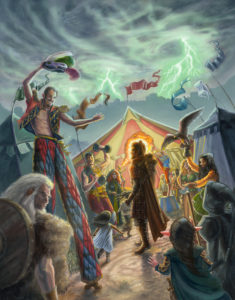 All paths led to the circus. The dark secrets it held must be uncovered, otherwise Ferryport may not survive.