M Bar, also known as Monster Bar, is a hidden pub in the Northeast part of Kowal.

M Bar is in the converted cellar of Etahn Belbane. Etahn was a merchant for many years until his traveling caravan was attacked by newly returning creatures. As his livelihood was wiped out, he picked up a bow and sword, and began to hunt the beasts that invaded his homeland. After many years of this, he hurt his leg, and settled down to retire.

He was not a person to sit still, so he converted his cellar into a trophy room, showcasing creatures, skeletons, and more from his many hunts. People came to see these oddities, and one thing lead to the next and he began serving drinks. It was nicknamed Monster Bar, but he shortened it to M Bar to not scare off potential clients.

He lives in the house above with his longtime partner, Lonald. Lonald is quite eccentric, often requesting people address him as Sir Lonald. 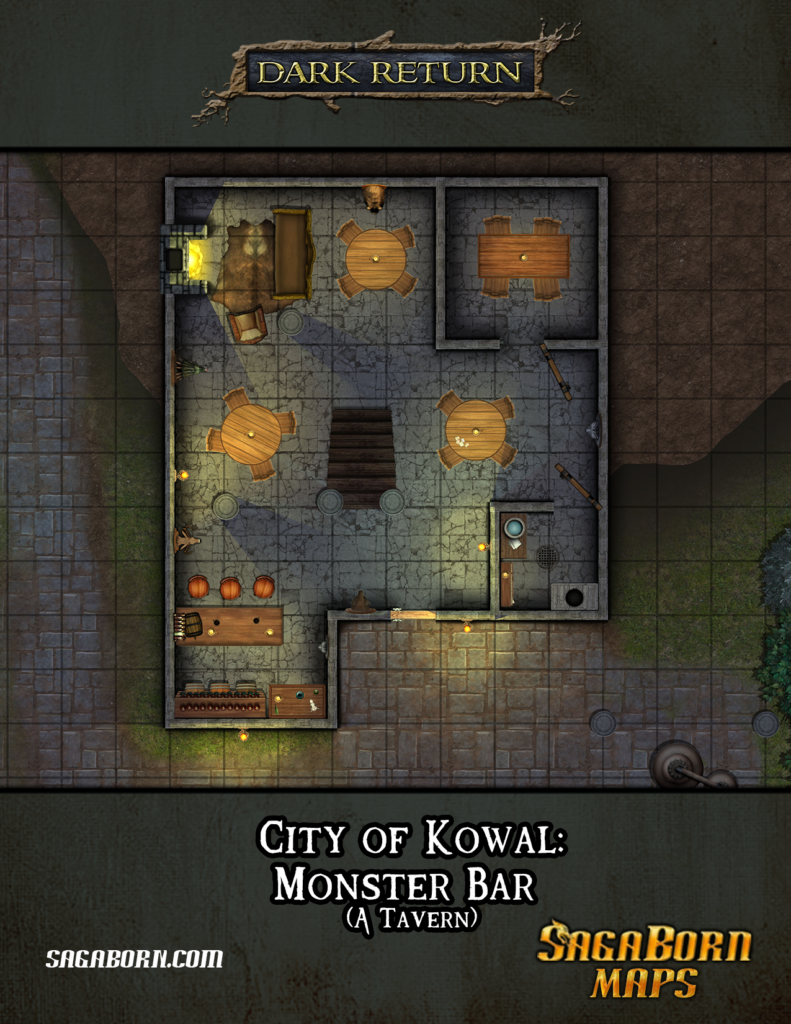