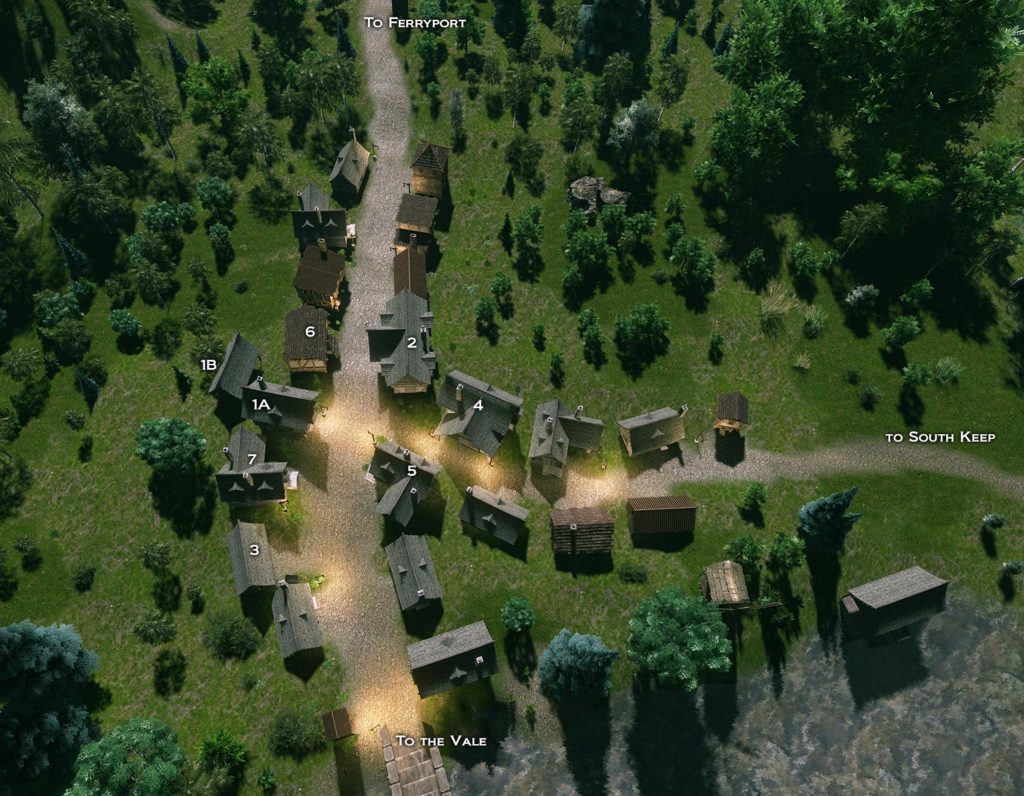 Besides Rivenhall castle, the church is the largest building in Ferryport. While most of the deities of Uteria are represented there, it looks to the Creator as it’s patron god. During the crusades of the Knights of Valetta, most places of worship in the West became focused on the Creator. Long gone are small churches with multiple deities, spirits, and local beliefs, replaced by a watchful Creator who is best honored with gold, prayers, and obedience. The Church is run by Archpriest Prilimos, who is quite influential within the city walls.

A seedy bar located by the Seagull Bay, where most of the docks of Ferryport are located. This is a hole in the wall drinking spot with an assorted patronage of mostly villains and cutthroats.

The Marketplace of Fish Town is called the Dirt Market by most, since the square was never properly cobbled. The large, open area is crowded, with dirty tents and wagons selling all variety of junk. The market’s mood can vary greatly, with the weather playing a large part. When it is rainy, the walkways turn to deep mud, while on a dry day, the dust can choke vendors and patrons.

This large three story building has been a fixture in the docks as far back as anyone can remember. The second story hangs precariously over the street, and the third floor rests unevenly on top of that. As of late, it has come under new ownership, and it is now the headquarters of the new Ferryport chapter of the Cantori Crime Family. 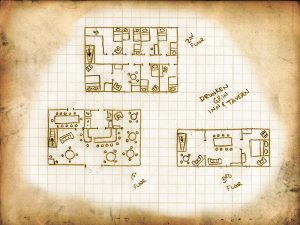 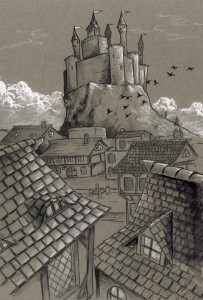 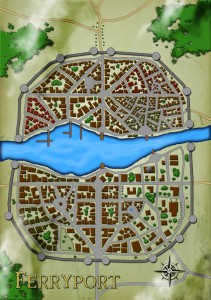 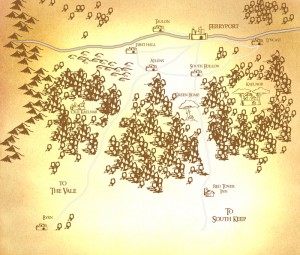 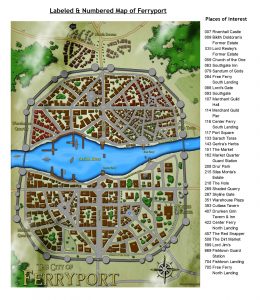 A large dance hall in the Nobles Quarter of Ferryport. It is frequented by the influential and powerful. You must have an invitation or be a member to attend any function.

Ferryport is a port town. Everything that enters the harbor for sale has its tariffs and taxes applied before it leaves the ship. But things often find their way into the city by other means, bypassing those legal fees. The Grey Market is how those smugglers offload wares. It is never in the same place twice, often switching from derelict house to derelict house in Fish Town. Some believe that the Kantori family runs the Gray Market, but no one has ever proven these accusations.

For all the things that can be found in the city’s main markets, some things are better bought in the shadows. The Gray Market is where these things can be found for the right price . . . if you can find it. The Market is located in the sewers below Fish Town. The right amount of silver coins in the right hands will open the way for those seeking hard to find or illegal merchandise.

The rift in the mountains along the Aerlon River near the Barren Sea. It was created during the Great War by the destructive magics used.