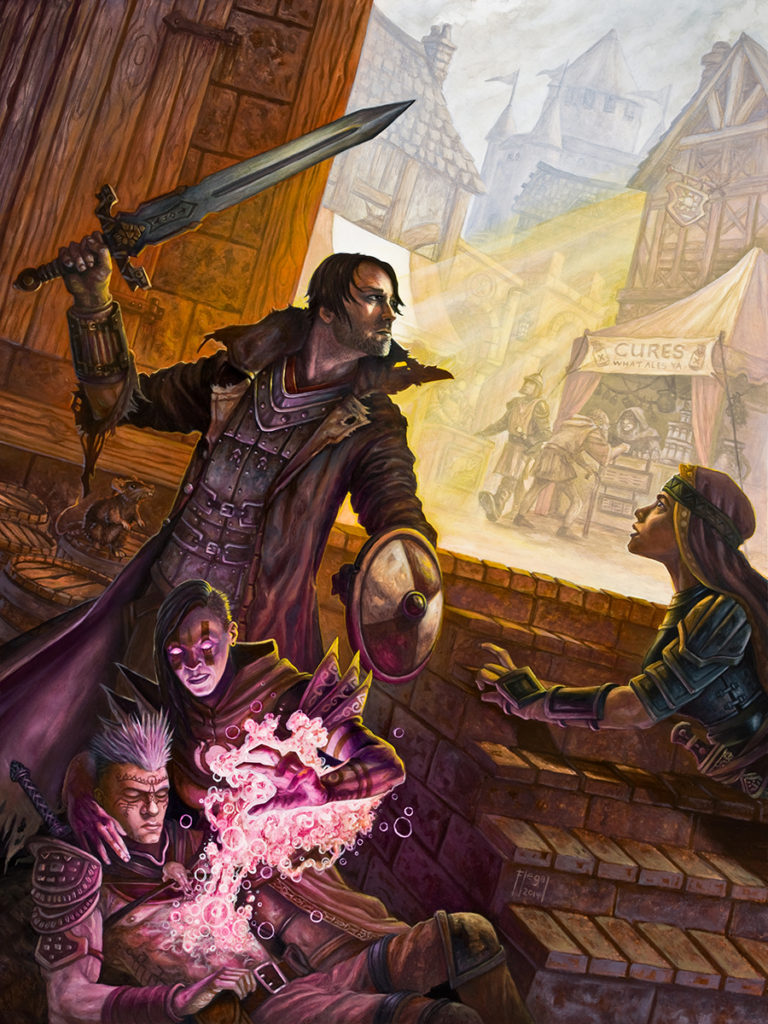 Every part of Atheles can be dangerous, the streets of any city included. Adventurers can find themselves hiding from magic hating guards while fighting creatures of dark myth below those very streets. Even healing magic is often enough to be burned at the stake.