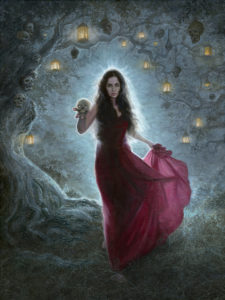 She met me in my dreams, and she seemed to offer something. Some knowledge that was needed. But I never could remember what she told me.