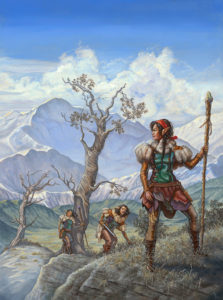 The wilds of Uteria were always dangerous. It was much better to travel with friends, and friends that could read the land and speak with animals made it that much easier.