A large empire nation in the Southwest area of Atheles.

The Empire of Ish has survived for over 1500 years. It was formed by Da’atra Tiria, a powerful warlord who banded all the tribes together. He was from the deep Southern lands of Ish, and he claimed heritage to the gods of the desert. This belief still holds to this day, those of the Tiria family believed to being part gods and those related to him as the trueblooded Ishians.

Da’atra and his chosen, Empress Taraherra, were both gifted in magic, and used the life power of slaves to build and solidify their empire. The Wizards of Ish were formed, their power gifted to them by the gods through Da’atra. With the use of vast armies of slaves, Da’atra and his wizards subjugated the other kingdoms of the south. Through magic Da’atra and his wife lived beyond the normal life of humans, and their many children took over positions of power throughout the Empire. The empire was taken over by their first son, Ka’atra, who continued what his father began, and built the city of Ish, which surrounded a large lake in the middle of the southern desert.

The Wizards of Ish keep their secrets close. Once trained they are never allowed to leave the ranks of the Sorcerers. Of all the magic groups, theirs was the most untouched during the Disappearance and their stronghold in the center of Ish remains as it has for over a thousand years. But whatever knowledge they may have, they keep to themselves.

Much like the rest of the Ishian Empire their policies are strict, and death or slavery is a just punishment.

One of the biggest differences between the Wizards of Ish and the majority of other magic using groups, is their use of slaves as power reservoirs for magic. Powerful wizards can have a stable of slaves, blank eyed and pale, who are kept on leashes as a source of power for their magic.

Ishian wizards view themselves as conduits of God, and therefore as priests instead of workers of arcane magics. The wizards of Ish call themselves the Najur, an ancient word for servant. They, like most in the Ishian Empire, worship Tanthu-Ra, a sun deity. This is why all in the priesthood wear yellow robes. 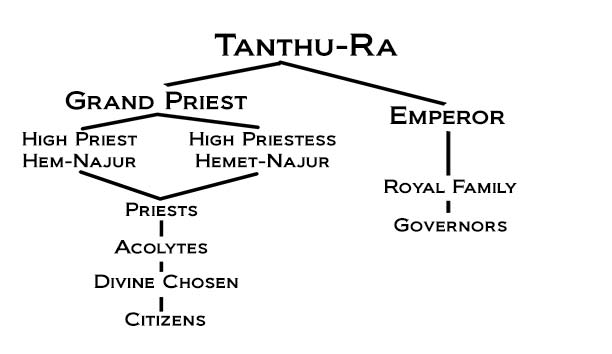 The Rebellion is a rather new group of mages who oppose the rule of the Emperor and the Wizards of Ish. They are hunted mercilessly throughout the Empire, but as magic has reawakened, they have grown in numbers and in power.

Secret is their strongest advantage, so very little is known of them.